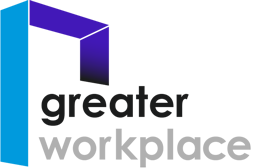 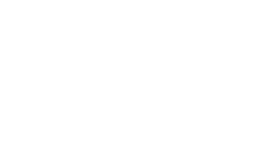 WORK WITH US
Back to top

There are no set rules for designing a great-looking office. But a handful of features–many of which can be found within the winners of this year’s World’s Coolest Offices–have emerged as indicative of what makes for a cool office in 2019.

We talked to the pros at the firms designing some of today’s trendiest headquarters. Here’s what they say is in right now.

Ready-to-go, cookie-cutter offices–known as “vanilla boxes” in design parlance–are out, says Brooks Atwood, design director at architecture firm OfficeUntitled. More popular are offices that keep the guts of the original space, and then overlay them with elements that make it both modern and in line with the company’s personality. “It’s an incredible opportunity for not only historic preservation, but also adaptive reuse,” says Atwood. The Portland, Oregon, office of fintech platform Expensify is housed in the 100-year-old First National Bank. There’s no denying that it’s a 21st-century office, but many of the original design elements remain intact.

First came the open-plan offices. Then came the blowback to the open-plan offices. Now companies are experimenting with a novel idea: Let employees choose what kind of seating they prefer. Companies are becoming more flexible with their seating policies, says OfficeUntitled co-founder Christian Robert, and are designing their offices with that in mind. A small but growing number are doing away with assigned seating altogether, letting employees choose their view on any given day. More common is to assign dedicated workstations but offer a variety of individual seating options throughout the office. In Swiss marketing firm Digital Luxury Group’s headquarters, workers have their own desks but can set up shop in private nooks, on comfy chairs, or at cafe-style high tables.

New technology has upgraded conference rooms for the digital age, but figuring out how to actually use those features can be a hassle for workers. Now, artificial intelligence is making the use of that tech more seamless. According to David Galullo, CEO of design firm Rapt Studio, companies are installing new A/V and lighting systems that can use Bluetooth to detect when a certain employee has walked into a room and adjust it to their desired settings. Gone are the days of spending the first 10 minutes of a meeting fumbling with a projector or setting up a conference call. “It allows that digital overlay to enhance the experience,” he says, “not be a barrier to it.”

Color-blocking, a concept popular in the fashion world, involves combining solid colors that are far apart on the color wheel. The resulting combinations are fresh and eye-catching. Bright pinks pop against greens; blues clash with yellow and orange. “It’s a bold gesture,” says Atwood. Some offices, like that of music media company Fuse, give different areas their own distinctive color. It helps visitors and newcomers find their way around the space, while also creating a look that’s visually stimulating, especially when viewed from afar.

n creating new headquarters, some companies are taking their cues not from other offices, but from spaces like gyms and hotels. Galullo points out that the lobbies of the boutique Ace Hotel chain, which has locations in New York, Los Angeles, and a handful of other cities, are often filled with visitors working on laptops. “That should teach us about how to design a workplace,” he says. In many newer office lounges, sterile lighting and couches bought from big-box stores have been replaced with mood lighting and unique, cozy furniture. “You’d be hard-pressed to even call it out as an office,” Galullo says. Which, of course, is totally fine: “Good design is good design.”

Correction: An earlier version of this story misstated the country where Digital Luxury Group is based. DLG is headquartered in Switzerland.

As Hyundai Card moves towards an increasingly digital culture, seeking to deliver its digital-focused

HOW CAN WE HELP?

Work with us on your next project. We can provide a solution for everything from your design concept.

Get In Touch With Us Today

Welcome to Sagen, a modern platform perfect for showcasing your properties.